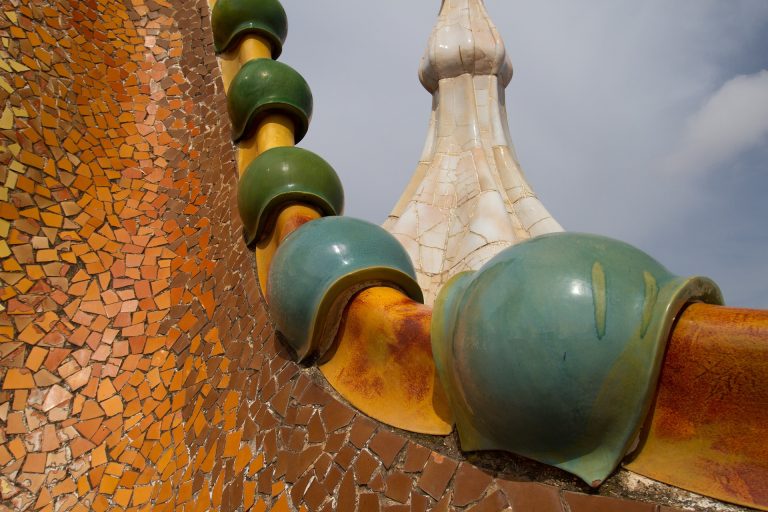 Barcelona is one of the most heavily trafficked cities in the world. Its bustling city, pristine beaches, and unique arts scene makes it a must-see destination for anyone traveling the world. Barcelona has some of the most beautiful and inspired architecture in the Western world, due largely to its pride and joy Antoni Gaudi who is famous namely for Park Güell, Casa Batlló, and the Sagrada Familia. Gaudi was inspired by natural forms and that shines through in all of his work. To get a closer look at this man’s work, travel to beautiful Barcelona.

Park Güell, completed in 1914, is a public park that consists of a series of gardens and interesting yet playful architectonic forms. The park was commissioned by Eusebi Güell, who delegated the design of the park to Gaudi who employed his signature style of twisted, natural forms and crushed tile. The park is located in the La Salut neighborhood in the Gràcia district of Barcelona and qualifies as a UNESCO World Heritage Site.

An apartment building located in the heart of Barcelona, Gaudi redesigned the building in 1904 and it has been consistently refurbished and maintained ever since. Locals refer to Casa Batlló as Casa dels Ossos, or House of Bones, due to its organic look and how it mimics an animal’s skeletal form. A very devout man, Gaudi believed in intelligent design, and thus that God designed the world perfectly. To design anything that was not inspired by natural forms, and thus by God, showed tremendous pride, asserting, presumably, that you think you can create something more perfect than the creator himself. Casa Batlló takes inspiration from natural forms in the curved hump at its top (often compared to a dragon), and its gill-inspired rain shutters on the upper level. Allowing for a lot of natural light to shine through it, the building conveys a sense of oneness with the other natural beings on our planet and is a must see for women traveling the world.

Gaudi’s great unfinished masterpiece, the Sagrada Familia, a gorgeous basilica whose groundbreaking ceremonies took place all the way back in 1882, is an absolutely necessary site to see for women traveling alone. Though constant construction is being done on the building, the dripping towers and stunning stain glass windows make the massive structure seem even more powerful and godly than it is. A testament to Gaudi’s faith and to his art, the Sagrada Familia is the ultimate in Modernist architecture.

For your next trip, consider traveling with us all around Spain. Barcelona is just one part of the vacation, and if you’re looking to travel with a group of women that you can have a great time with, contact Women Traveling The World to find out more information today!